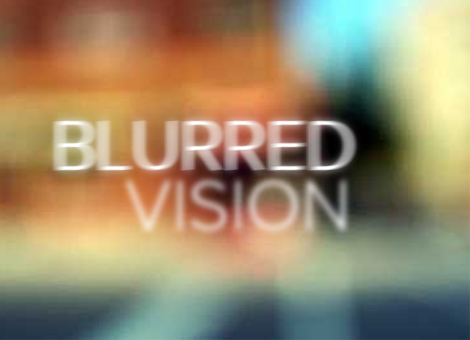 Every August, I would examine the Smith Family children about a week or two before the start of the school year.  Ms. Smith was diligent about the annual exams at which time each youngster would update his/her eyeglasses that were needed for myopia,  nearsightedness.  Additionally, each student had a moderate amount of astigmatism (the cornea is more football shaped instead of baseball shaped).  The myopia and astigmatism were readily corrected so that each of the Smiths were readily correctable to a perfect 20/20.  However, without eyeglasses, each one had poor vision.

While all the kids had very different personalities, they all shared the common ingredient of being excellent students, and would share with me their individual academic achievements from the prior year.  This ritual continued like clockwork for several years.

One year, Ms. Smith brought “Billy” in to see me alone and off schedule in the spring. Ms. Smith dejectedly told me that “Billy” lost interest in school, daydreamed in school, exemplified by his unwillingness to focus on the board, developed a dislike for reading and doing homework, and had a uncharacteristic poor academic performance.  Ms. Smith had taken Billy to the pediatrician twice with these complaints.  He was referred for therapy which was unsuccessful in revving up his academic performance.  The therapist proclaimed that Billy was not depressed, as the family suspected, but rather had a form of attention deficit.  She wanted for Billy to be sent to a child psychiatrist so that medications for the attention deficit could be initiated.

The psychiatrist sensed that there was a different problem and requested that Ms. Smith bring Billy to see me prior to prescribing medication.  Ms. Smith was perplexed but happy to comply.

Billy explained to my staff and to me about his “trouble focusing.”  While the therapist thought that his trouble focusing was figurative (attention deficit), it was literal.  Billy could not focus well with his eyeglasses.  In fact, he saw rather poorly with them and confided that he could not see well with them or without them.

I determined that with the eyeglass prescription which we gave to Billy, he was readily correctable to a perfect 20/20.  His prescription had not changed one iota.  When his eyeglasses were evaluated, it was determined that the lenses were placed into the frame 90 degrees off axis, explaining why he had trouble focusing on the board, books, computer, etc.  Ms. Smith went to “buy one, get one free” optical that advertised that it would meet or beat any prices in town.  Among the eye physicians in town, they were known for poor quality workmanship  however, I was shocked and upset by the placement of lenses with astigmatic correction 90 degrees off axis. The optician clearly did not double-check his work. Billy was the perfect son, but unfortunately that included him being very stoic and not wanting to complain to his parents.  His trouble focusing was an eyeglass issue.

He had a new pair of glasses made at our optical and had an instantaneous, dramatic upsurge in his scores, grades, and ability to “focus” while in middle school, thereby ending his prolonged therapy.  I have had colleagues tell me similar stories about patients with “trouble focusing” who actually had eyeglasses fabricated incorrectly, leading to an academic decline.  I was happy to play an integral part in one of the fastest academic turnarounds in history!